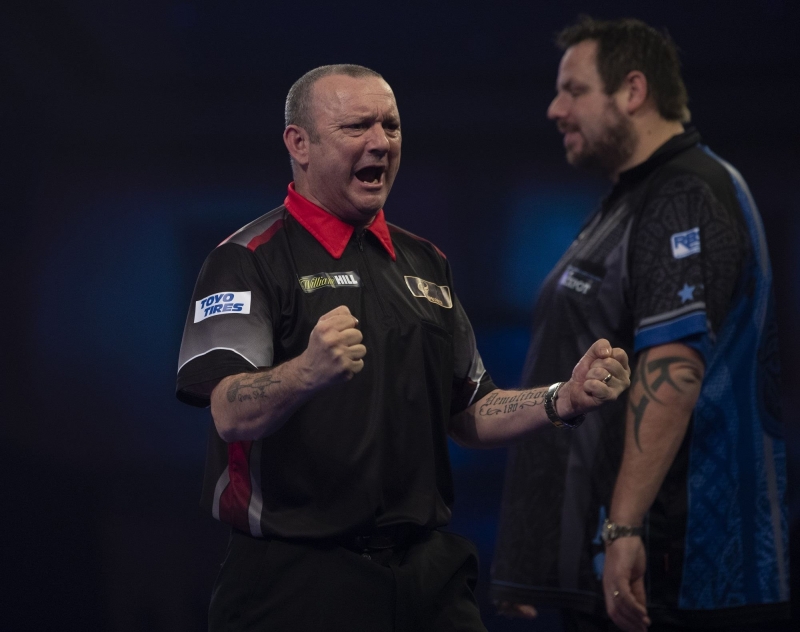 Darren Webster's run in the William Hill World Championship came to an end in a 7 set thriller against 2 time world champion Adrian Lewis. The match, which always looked like being competitive burst into life in the 6th set. With Webster having raced into a 2 set lead. Lewis stepped on the gas and quickly levelled the match. Webster took the 5th set to move 3- 2 in front. The 6th set was played out at a frenetic pace and saw Webster wire double 12 to miss out on a nine dart finish. It also included two ton plus finishes from Lewis and a massive 142 from Darren  before Lewis closed the set 3-2 taking out 32 to take it to a decider. Webster moved into a 2 leg lead and should have closed the game. However Lewis repeated what he had done in the previous round and clawed his way back to eventually win the deciding set 4-2. It was a tremendous spectacle, unquestionably the best match of the Championship thus far and whilst never wanting to see Webster lose, if you are going to lose, lose in a classic. Darren will be encouraged by a return to form and moves into 2020 with lots of positive from his performances over the last two months.