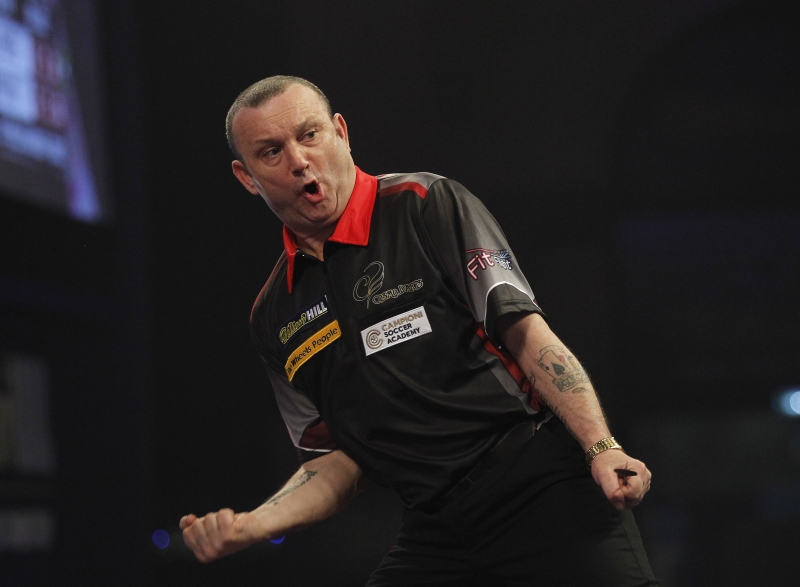 Darren Webster continued his great run of form by thrashing World number 16 Simon Whitlock 4-0 in his second round game at the William Hill World Championship. The Norfolk man played the best 4 sets of his career as he dismantled the former European Champion. Averaging 104.64 for the match the scoreline reflected Darren's superiority over his Australian opponent. The win put Webster through to the last 16 of the Championship for only the second time in his career. His last 16 opponent - World number 1- Michael Van Gerwin was never going to be an easy game and after missing double 6 to take the first set Van Gerwin finished on double 1 to take a 1 nil lead. The second set saw Van Gerwin win 3 - 1 and after winning the third set 3 nil Webster was in need of some inspiration to avoid a whitewash. Never afraid of a battle the Norfolk man took the next set 3 - 2 to bring the score back to 3 - 1. In truth, if Webster had taken out the first set having missed 2 darts at double six. The scoreline would have been all level after 4 sets. Which would have been a truer reflection of the game. However could of, should of, would of doesn’t pay the bills and with the scores at 3 -1 in MVGs favour and with both players averaging over a ton there was little room for error. In what turned out to be the last set, both players held their throws both times, before Van Gerwin took out 64 to finish the match and run out a 4 - 1 winner. It was a gutsy performance and a magnificent end to 2016 for the Norwich darts star. Webster also leaves the year ranked a career high 32 in the PDC order of merit.