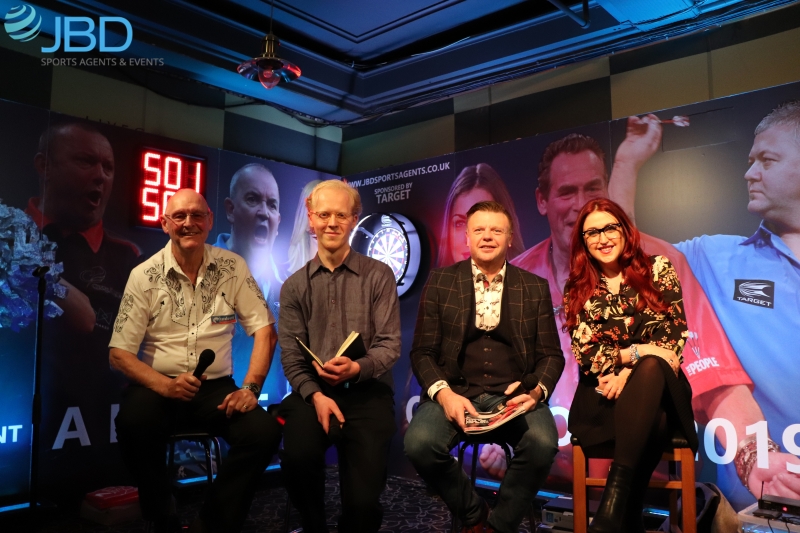 It was a mixed weekend at the UK Open last weekend. JBD player and world number 13 Darren Webster picked a tough 4th round draw against world number 2 and former world champion Rob Cross. Webster quckly fell 6 legs behind against the Hastings darts ace. Cross simply did not miss as Webster tried desperatlely hard to stay with him. Although ending up a 10-4 loser the score did not reflect the quality of Webster's play. Good results have been hard to find in the first quarter of the year for Darren, however he is playing well and on his current form he should turn a corner pretty soon.

JBD also hosted the Butlins Fanzone throughout the UK Open weekend. Presented by Val Wyndham, better known as SoCalVal and Harrison Charles former world champion Bob Anderson and TV pundit and former professional Chris Mason kept our packed Fanzone visitors entertained over the 2 day Fanzone experience. In November we move into a bigger designated area for the Players Championship Finals. We look forward to it immensely.