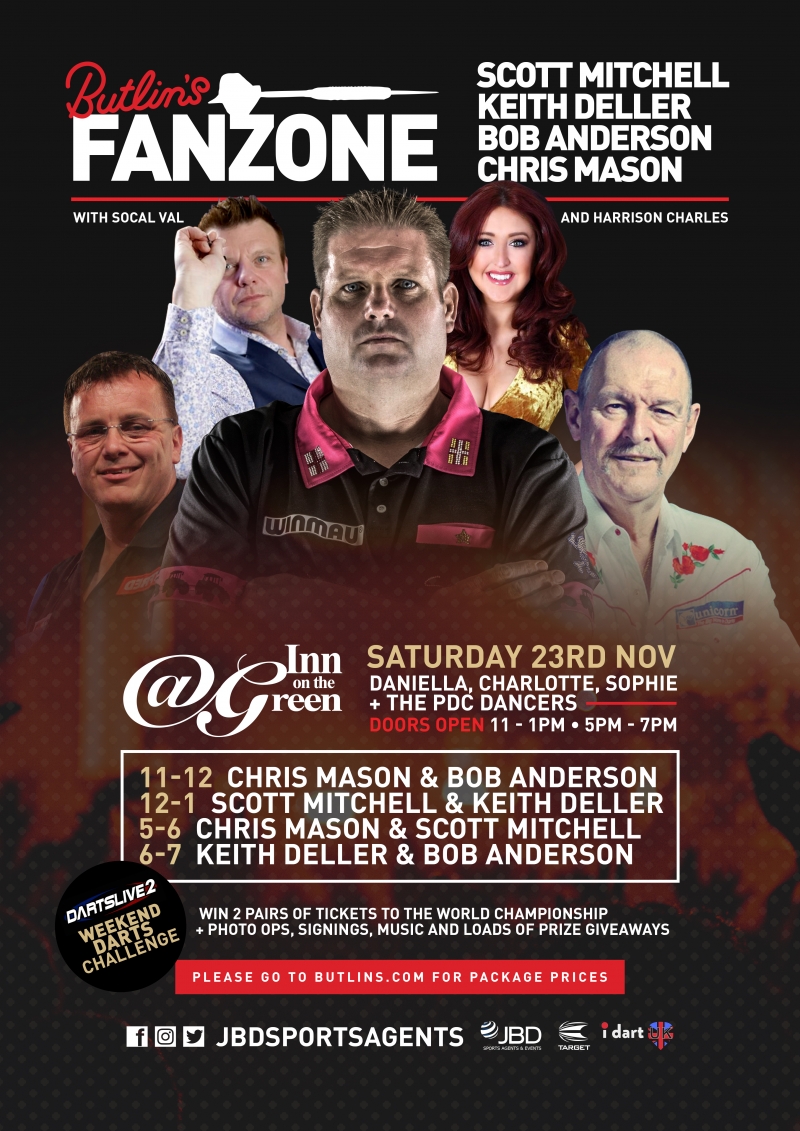 After a successful summer JBD move into our busy period of the year. With events planned at 6 different resorts, Parkdean Skegness, Searles Hunstanton, Lingfield Park Racecourse, Potters Hopton-on-Sea and Butlins Bognor Regis and Minehead in the next few months it will keep everyone busy. We will also be staging our successful Fanzone area at the PDC  Players Championship Finals at Butlins Minehead for the third year running. The Fanzone will be held on the 23rd and 24th of November over 2 sessions per day. Preceding the Fanzone we will be hosting "the night before the players championship" on Thursday the 21st featuring, 16 times world champion Phil Taylor and 2015 BDO world champion Scott Mitchell, along with Keith Deller and Chris Mason. Also appearing are TV comedian Ricky Grover, walk on girls Daniella Allfree and Charlotte Wood Plus the JBD Dance Team. Our host for the evening is ITV boxing, snooker and wrestling MC Phil Seymour.

Attending the Fanzone this year will be snooker legend Jimmy " The Whirlwind " White. Jimmy, who is still playing top quality snooker on the pro tour will be talking about his life as well as playing some of our lucky guests at both sessions on Sunday 24th. On Saturday 23rd 2015 BDO world champion Scott Mitchell , world champions Bob Anderson and Keith Deller along with highly respected ITV analyst Chris Mason and other guest names will be available to talk about the tournament as well as any other darts related topics.The Fanzone will also host a weekend soft tip darts competition whereby guests will be able to win world championship tickets. Hosting the Fanzone over the weekend will be ITV wrestling's first lady SoCal Val and our own Harrison Charles.