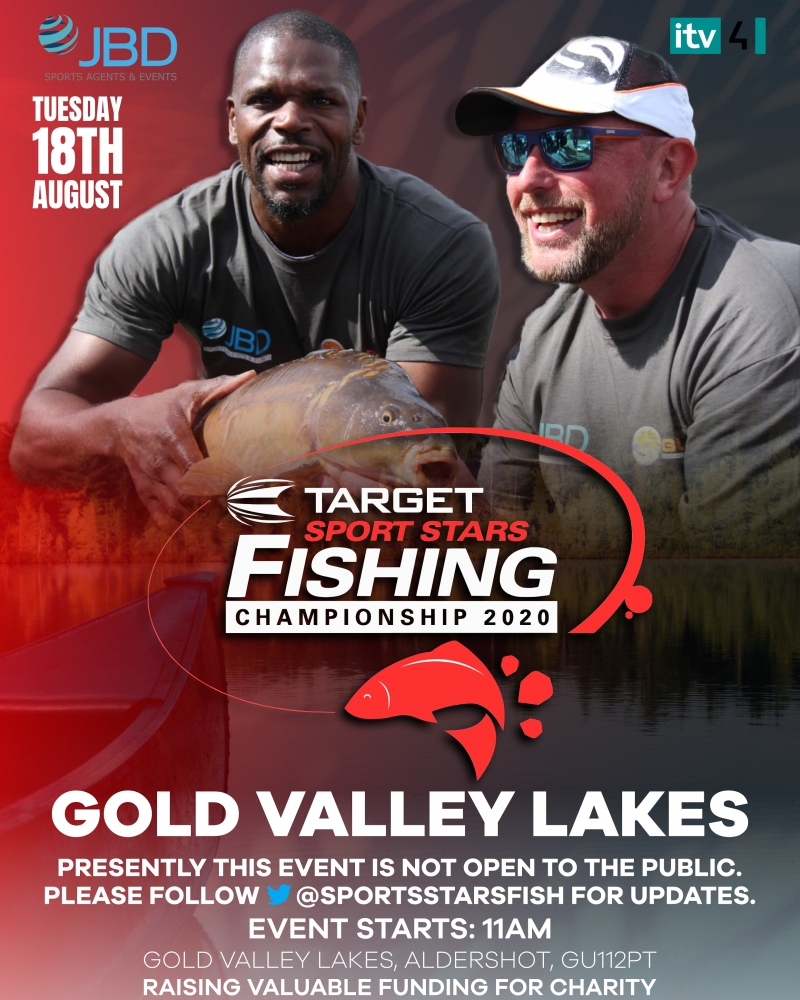 This years Target Sports Stars Fishing Championship is set for August 18th at Gold Valley Lakes. The popular event sees 32 sports personalites from a host of different sports compete in 8 teams of 4 people over a four hour period. All will be hoping to win the coveted team trophy. Last years winners Team Super League consisting of Jamie Jones Buchanan, Joshua Charnley, Dom Crosby and Tom Briscoe will be back to defend their title. Last years singles winner footballer and Soccer AM presenter Jimmy Bullard will also be back. The charity event will again be broadcast on ITV4 in a two hour show in early September. Unfortunately due to government guidelines the event is presently not open to the public. However the situation could well change. We will be releasing a full list of competitors over the coming weeks.