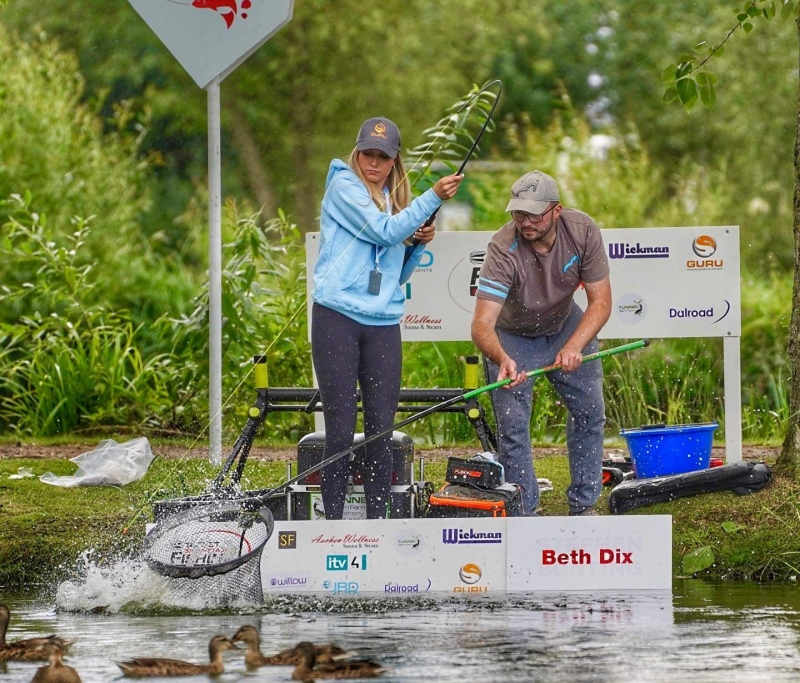 The 2020 Target Sport Stars Fishing Championship was held for the first time at the impressive Tunnel Barn Fishery in Shrewley on August the 18th  and was won by Team Snooker and individually by snooker player Ian Burns. With more twists and turns than an Agatha Christie novel, with a late venue change, finding a new lake that would fish well, finding a suitable hotel for 60 guests, new caterers, bigger marquees, equipment hire, sanitizers, hiring nurses, dealing with the dreaded covid as best as possible, getting the event on in the first place had been challenging, but never impossible. However with weather conditions over the previous 24 hours absolutely atrocious, the fear was that the day could well be cancelled. All this even before we found out if there were any fish in the lakes!

But lo and behold come the morning of the event, with all the competitors turning up at least an hour early just because they're so competitive, the clouds fell away and we were off to a flying start. Special mention to the turning up early 2020 award must go to Darren Webster who arrived at 7.30 for an 11 o'clock start!

All 32 anglers, divided into teams of four were catching fish immediately and after the first hourly weigh in Team Wickman, comprising of netball stars Pamela Cookey, Mikki Austin, Beth Dix and pro angler Steve Collett were surprisingly in the lead. At the half way stage they had slipped to second place behind eventual team winners Team Snooker, comprising of 3 time world champion Mark Williams MBE, Ian Burns, Aston Villa footballer Shaun Teale and broadcaster Chris Mason, but it was great to see the netball players do so well for the second year in succession.

This year we were raising funding for the Willow Foundation. Now in its 21st year, the charity has given over 17000 special days to youngsters affected by cancer, giving them the chance of some normality or a last chance to fulfill a dream. We were joined on the day by Willow life president and Arsenal legend Bob Wilson and his wife Megs. The day raised £15000.00 in a time when funding is scarce for charities in the Uk.

JBD would like to thank all our competitors who gave their time up for free to appear on the day. We would also like to thank all our sponsors, Target Darts, Wickman Group, Aachen Wellness, Dalroad, Guru and ITV4 for their massive help and contributions in making this event work. The Target Sport Stars Fishing Championship can be seen on ITV4. Broadcast date announced soon.