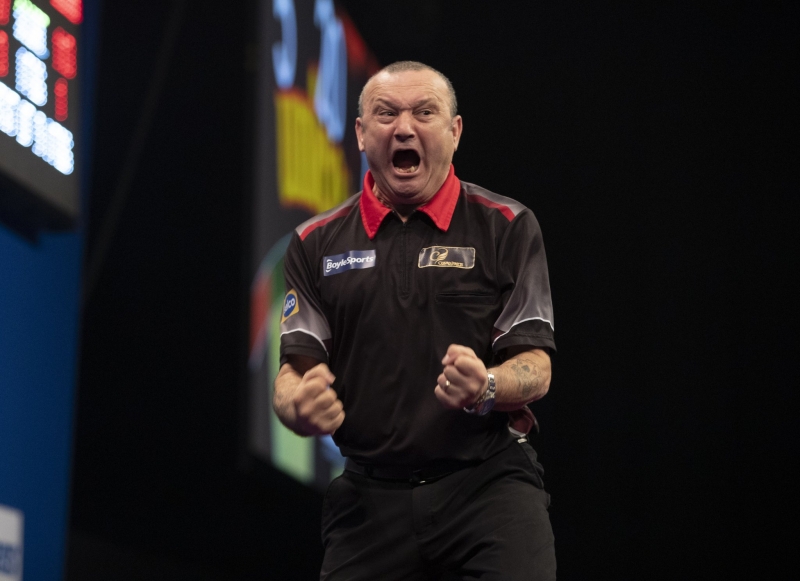 Darts star Darren Webster had one of the most important wins of his career last night. The Norwich man defeated two time world champion Gary  Anderson 5-4 in a Grand Slam thriller. After losing his first match against William O' Connor 5-3 things were looking decidedly bleak for Darren getting out of the group stages. However with a 5-2 win against Dave Parletti on Sunday he had put himself in with a shout of qualifying. In last nights final qualifying round matches O'Connor managed to snatch defeat from the jaws of victory by losing to Parletti 5-2, thus giving the ambitious Webster a chance of getting out of the group stages. But there was work to be done. Leg difference meant that Darren needed at least 2 legs against Anderson to secure his place in the last 16. After going behind 2-0 Webster pulled a leg back. Then at 3-1 down Darren took out 113 to ensure that he was in the last 16 draw. Better than that the Norfolk man took out tops to secure a very impressive 5-4 victory. Darren will now play Gerwyn Price for a place in the last 8 on Thursday evening. You can see all the action from the Boyle Sports Grand Slam of Darts on Sky Sports and DAZN from19.00 GMT.