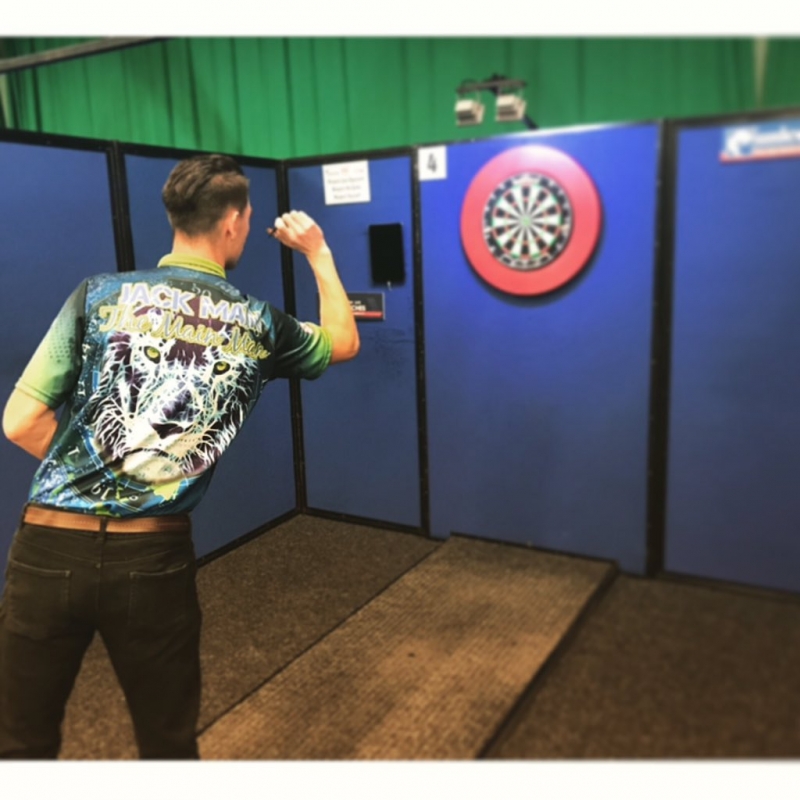 Norwich's Jack Main had a successful 4 days at the PDC Development Tour events held at the Barnsley Metrodome. In the 6 qualifying tournaments the 22 year old reached the last 32 stage 5 times and in the final Development Tour qualifier on Sunday he reached  the last 16. Today ( 28/09 ) Jack entered the World Youth Championship for the first time as a seeded player, no mean feat considering he has only been playing competitively for 2 years. In the 96 man tournament Jack won his first 2 round robin games convincingly, to move into the final 32 knockout stage. Although Jack had chances to win, his opponent, German Martin Schindler had considerably more experience and  eventually ran out a 6-3 winner. Although disappointed Main has taken big strides forward as he develops his game and looks forward to a bright future.