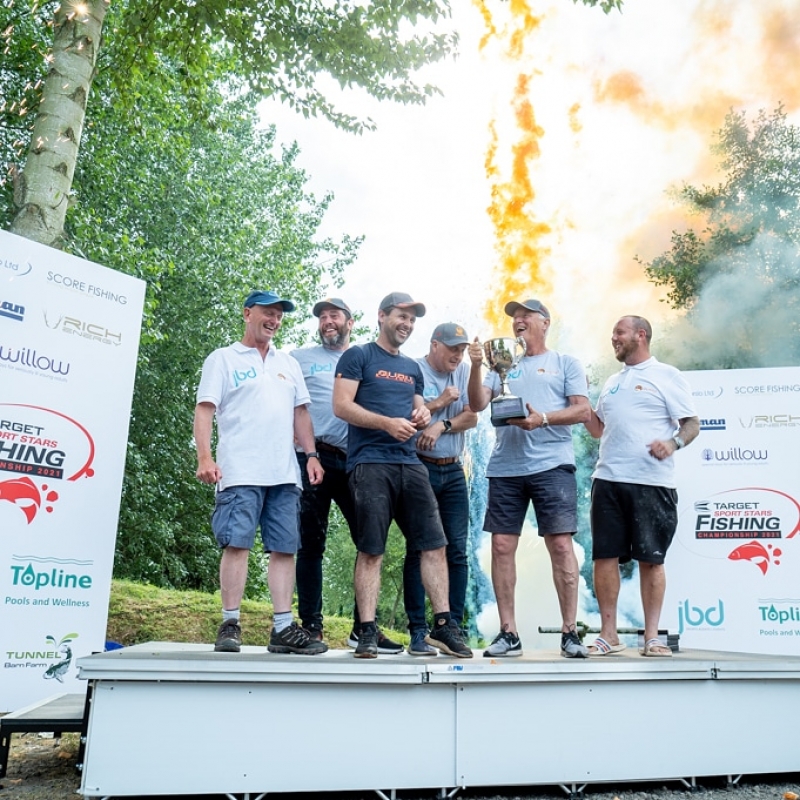 The Target Sport Stars Fishing Championship held at Tunnel Barn Fishery was a great success. The annual event, held this year on July 27th was won by Team Matchroom. Coming from 6th position at the half way stage, the team consisting of, Barry Hearn OBE, World Snooker Chairman Steve Dawson, former Surrey cricketer Oliver Slipper and pro angler and head of Guru Adam Rooney, caught 40 kilos in the last hour to glide over the finishing line by a 3 kilo margin. Now in its 9th year, the championship will be broadcast on ITV4 in September. The charity event, this year raising funding for the Willow Foundation help raise over £15000. We would like to thank all our competitors and sponsors for their support in making this possible. In the individual championship snooker pro Ian Burns retained his title for the second year running.